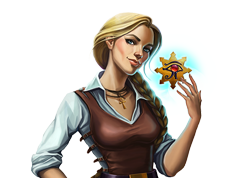 Top Mercy of The Gods Jackpots

What Your Experts Say about Mercy of The Gods

This review will take an in-depth look at the jackpot slot Mercy of the Gods, produced by Swedish gaming giant NetEnt.

By the end of the review you will have an extended feel for what to expect from Mercy of the Gods; what it looks and sounds like; how it operates; and how players can win on this game.

Also included will be a step by step guide on how to play this game, along with a bit of context on some of the largest wins recorded at Mercy of the Gods.

Theme and branding of Mercy of the Gods

The overriding theme of this game is quite explicitly based on ancient Egypt, with a range of bright colours and plenty of flamboyant artwork combining to keep the player’s eye captivated at all times.

When players first set eyes on the game there is a flashing ‘Mercy of the Gods’ sign in front of the reels with the writing in a shiny yet elegant gold font, on a smooth turquoise to strike a smooth contrast. The eye of Horus stands in the middle of this sign, and given that it is said to bring royal power and good health players will be wishing for this fortune when playing Mercy of the Gods.

This sign also appears when the reels have not been spun for a few seconds, but players simply need to click anywhere on the game and the sign will disappear instantly.

The backdrop to Mercy of the Gods is the front of a grand pyramid, with two huge Tutankhamun mummy figures standing either side of the magnificent stairway, giving the player a feel of greatness.

Also in the background are several palm trees, and sitting out front guarding the pyramid are two ancient Egyptian stone anubis dogs in a shiny deep purple.

There is a simple and slightly Egyptian-themed audio which is in the background while playing Mercy of the Gods, and special sounds play when players hit a winning spin. This serves to keep the player’s auditory senses engaged as well as their visual senses.

There are a range of casinos which offer the Mercy of the Gods jackpot slot game, popular names include BetSafe and Mr Green online casinos.

It is always worth checking with the online casino you are using if there are any promotions or deposit + get offers available (and any terms and conditions attached), as these can often allow players to boost the amount available for them to play with.

Once this is done, players can navigate to Mercy of the Gods game and launch it to start playing. Most online casinos offer a ‘free to play’ feature if players wish to either play for fun or play the game for a while to get familiar with how it works prior to staking their own money.

Aim of the game

The fundamental aim of the game when playing Mercy of the Gods is to spin the reels with the hope of landing a matching combination of symbols on any one of the 20 active bet lines, therefore winning some money back from your stake.

Players will be hoping to benefit from mini-features available in the game, such as the Free Spins mode, Gift of Wild re-spins and Gift of Double Wilds. More information will be available on how these work later in the review.

Beyond the aim of winning money spin-by-spin, the ultimate aim in Mercy of the Gods is to reach the bonus game and win one of the three jackpots on offer. More information will be available on how this can be done in the ‘how the Mercy of the Gods bonus works’ section.

The lowest possible stake per spin when playing Mercy of the Gods is €0.20, and this rises to a maximum stake per spin of €40. Players therefore have a good level of flexibility with regards to how much they want to wager.

Similar to most other jackpot slots, Mercy of the Gods players can alter their stakes in two ways. These are the ‘bet level’ and ‘coin value’, and they combine to determine the amount of money that the player is staking per spin.

The minimum bet level is 1 and rises to a maximum level of 10, and the various coin values available are 0.01, 0.02, 0.05, 0.1 and 0.2. With ten bet levels and five different coin values, this means players can choose between a possible 50 different stakes in total on any given spin.

Mercy of the Gods symbols

There are a total of 12 symbols on display in Mercy of the Gods, all of them having an elegant ancient Egyptian twist.

The basic symbols are as follows:

The rarer symbols are:

The special symbols are:

How the bonus round works

Three or more Gift of Wealth jackpot symbols activate the bonus game, and these can be found in either the main game or in Gift of Life re-spins.

At the start of the bonus round all bonus symbols that were found on the spin that triggered the game are placed on the reels at random. Bonus symbols landing on the reels remain in place until the end of the Gift of Wealth jackpot game.

In order win one of the jackpots, players must:

Mercy of the Gods wilds

Wilds can appear anywhere on the reels in Mercy of the Gods, and they can appear in both the main game and in free spins mode. Wild symbols substitute for all symbols in the game apart from the scatter and bonus symbols.

Mercy of the Gods free spins

Three or more scatter symbols appearing anywhere on the reels (either in the main game or in Gift of Life re-spins) activates free spins.

Free spins are awarded as follows:

Players will be pleased to learn that in free spins, if a wild lands anywhere on the reels it expands to cover the entire reel and activates the Gift of Life re-spins feature after the wins are calculated.

Technical details of Mercy of the Gods

RTP of Mercy of the Gods

The theoretical return to player (RTP) in Mercy of the Gods is 96.6%, which ranks as a reasonably generous RTP within the industry. This figure means that across the game (meaning everybody who is playing) for every €100 staked a total of €96.60 will be returned in winnings.

It is worth bearing in mind however, that this figure is subject to the law of averages. This means that one player staking €100 in one playing session will not necessarily gain a return of specifically €96.60 because the RTP applies to average returns across the game, not to an individual player.

Mercy of the Gods slot volatility

Mercy of the Gods has slightly higher volatility than a lot of other slots. This means that it has a lower frequency of winning spins, but when this is taken into account in conjunction with the 96.6% RTP it means that there are far more generous payouts when a win is triggered. So for those players who are patient and can happily play for longer between wins rather than feeling the need to win ‘little and often’, then this game could be for you.

Payouts in Mercy of the Gods are fixed as opposed to variable, and operate from left to right on the columns, the reels do not pay both ways.

Based on the lowest possible stake of €0.20, the payouts on winning lines at Mercy of the Gods are as follows, using the example of ‘symbol’: ‘amount of symbols on win line’ = ‘win amount’. The payout value is given in ‘coins’ and translates to €0.01 per coin.

It is worth reminding players that it is advisable to be aware of what the 20 bet lines are - the combinations outlined above must correspond to a bet line going from left to right in order to grant a payout. Simply seeing three, four or five of the same symbol on the reels does not always mean a payout will be granted.

Like nearly all slot games, Mercy of the Gods uses a random number generator (RNG). This is used in the game for several reasons. Firstly, the RNG randomises the game and therefore ensures fairness to the player, it means that the casino doesn’t have any influence over which particular spins do pay out and which don’t.

Secondly, having an RNG-operated slot game also serves to safeguard against players that may want to gain an unfair advantage over the game.

RNGs are micro computers that are always generating numbers, normally between one and several billion, and they are able to do this every second. The ability to operate at such speed means that no particular spin can be predetermined, again ensuring the game is fair to both the player and the hosting casino.

An RNG randomises the frequency and size of payouts (keeping in line with the slot volatility and RTP) which maintains the lack of predictability in the slot and keeps the game fun and fair for players.

Type of jackpot on offer at Mercy of the Gods

There are three jackpots on offer at Mercy of the Gods, namely the minor, major and mega jackpots.

The mega jackpot differs from the two smaller jackpots in that it is a progressive jackpot. On top of this it is worth considering that it is a localised jackpot.

This means that the mega jackpot amount for Mercy of the Gods increases depending on the amount of people playing the game at that particular casino, as opposed to the jackpot increasing with every penny spent on the game via different casinos worldwide.

Because of this, the competition for jackpots is a lot lower than a slot where you have players all across the globe playing for the same jackpot. Some players may wish to play this game with a different online casino if it means playing towards a larger version of the localised Mercy of the Gods mega jackpot.

Notable wins on Mercy of the Gods

The three largest wins on the mega jackpot at Mercy of the Gods currently stand as:

Unfortunately not much more information is publicly available on these jackpot wins, but it is worth noting that when it drops, the average mega jackpot size at Mercy of the Gods is roughly €93,000. On average it drops around every four weeks or so.

Mercy of the Gods jackpot slot is a bright, colourful and immersive game to play with several fantastic twists and turns within the game to keep the player entertained.

Offering fabulous graphics and a smooth interface, with a wide range of visual effects complemented by audio sounds, this game keeps the player engaged with every spin.

Having a higher slot volatility may mean players have to wait longer for a win, but it is always worth remembering the RTP is 96.6% which means that when players do win on Mercy of the Gods it can often be a sizable win!

Latest news about Mercy of The Gods

There are no news about Mercy of The Gods yet.